After lots of ideas from all of our wonderful children, we have decided that the team names will be...

AIR for Yellow, EARTH for Green, WATER for Blue and FIRE for Red team.

Not only our planet, but also the entire universe is formed from material particles in the act of Elements. It is just the dissimilarity of the elements to which we owe many thanks for the diversity of the world we live in. However, all things visible and invisible originate from only one source of life. That is why recognition of the four faces of all-including unity, out of which the elements arose, enables man to develop spiritual consciousness and become aware of this unity.

Fire, water, air and earth as we commonly know them are but outwardly manifested forms of the Elements themselves. Their manifestations are as follows: the element of water has magnetic properties; it nurtures and sustains. The element of fire has electrical and creative properties. Air is a detaching element and enables co-existence of the two main elements, fire and water. The element of earth binds fire, water and air in various proportions, which makes possible the formation of materials with different properties. 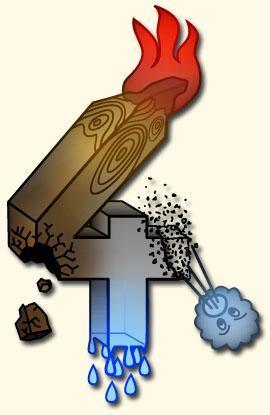